Once upon a time, there was an Irish barmaid named Christina Hendricks. 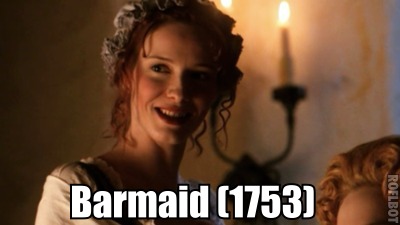 Only when she heard Angelus speak further did she realize her terrible mistake. Would he terrorize her with that atrocious accent for all eternity? No, no, she would not stand for it! She disappeared, boarding a ship for the colonies, desperate to leave Ireland, for, sadly, Angelus had ruined the Irish accent for her entirely.

Time passed, and she resurfaced in the 1960s as an office manager named Joan Holloway. 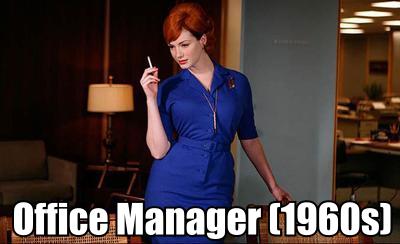 She had much experience dealing with the advances of men from her time as a barmaid, but nothing had prepared her for the level of sexist douchebaggery—a phrase she privately coined herself, although it would not come into vogue for several decades—at Sterling Cooper. Men leered at her and treated her with disrespect, simply because she was a woman! Yes, the accents were fine, and there was no trace of Angelus—although that new upstart account executive reminded her of him for some reason—but it did not seem like she had made much progress in two centuries. Men were men, it seemed, wherever and whenever she was.

Time passed. She became Nicolette, Olivia, Blanche. She always endured. Then, the Earth got used up, and she turned to a life of crime, taking the name of Saffron. Or Yolanda. Or Bridget. Or...whatever. 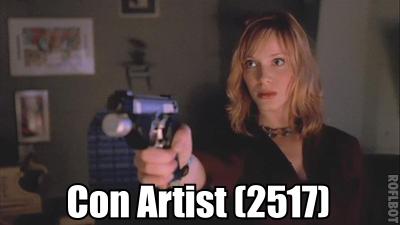 At this point she was simply fed up with everyone and just started shooting people.
Collapse